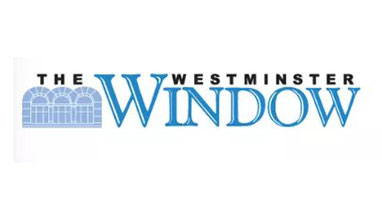 Posted at 21:06h in Park it Right by admin 0 Comments
0 Likes
Share

Having your car towed is easily one of the most frustrating and expensive experiences a car owner can have. Joel Perri knows this firsthand, because for many years, he was the one doing the towing.
“I’ve been in the industry since 1973, but got to the point where I had to sell my towing business,” he said. “What I was seeing is that parking enforcement by tow truck is brutal — there has to be a better way to treat people.”

That desire led to the creation in June of Park It Right, a parking enforcement company that puts technology and empathy at the forefront. And it’s catching on. The business now has three franchise locations covering Arvada, Lakewood and the north metro Denver area.

“It’s unbelievable how we’ve been received,” Perri said. “People are actually thanking us. It’s a huge change in their whole attitude.”

Park It Right approaches enforcement in several unique ways. The first is bright green coloring of its vehicles and boots, which are “green to be seen,” according to Perri. This serves as a visual reminder for infractions.

The revolutionary part is the Remote Release Vehicle Boot, which Perri invented as an alternative to towing. The boot goes on a wheel, but all the parking violator has to do is call a number and pay the fine, and the boot will be remotely released. It is then dropped off at a station on the property.
Fines are kept low because property owners pay part of the cost of the booting fines.Each property is handled on a case-by-case basis, Perri said, based on the number of parking spots and amount of problems at respective locations.

“Cars are really important to people, and so when you take them you get a very emotional response,” said Lisa Kempton, who with her husband, Joel, opened the Broomfield franchise that services the north metro area. “With this system, people are able to recognize their mistakes, but there is no need for anger because the whole day is ruined.”

The company has a no-confrontation policy: That means if the car owner returns while the boot is being set up, the company will instead verbally issue a warning and the owner is free to go.
“The idea is to be more proactive,” said Curt Stewart, who set up the Lakewood location with business partner Mike Dart. “This still gets the message across without taking up everyone’s time the way towing would.”

So far, Park It Right has been working mostly with homeowners associations, apartment complexes and businesses, but Perri is eager to expand and possibly work with cities.

With the Gold Line coming through Arvada, there will be increased parking around the Olde Town Arvada area, which might require a third-party enforcement group down the road, said Jessica Prosser, assistant to Arvada’s city manager. There would be an application and vetting process before any third party took over enforcement policies from Arvada police.

Perri and his franchisees are ready for any opportunity to show customers there’s a different way to handle parking problems.
“Parking enforcement doesn’t have to be negative,” he said. “It can be a benefit to property owners and parkers just by educating them instead of penalizing them.”